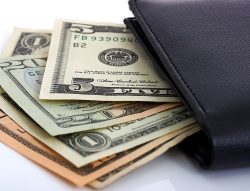 The current federal minimum wage of $7.25 has not seen an increase in 10 years. This equates to an annual income of $15,000 per year for a full-time minimum wage worker.

The US House voted 231-139 to gradually increase the federal minimum wage to $15.00 per hour. Many are feeling that this victory is merely symbolic as it has very little chance of passing the senate. Additionally, the White House has issued a statement that President Trump would veto the bill if it came to his desk.

Currently, 29 states have a higher minimum wage than federal law requires. The Congressional Budget Office estimates a federal increase would give 17 million workers a raise and boost 1.3 million people out of the poverty level. However, the report also suggests that nearly 1.3 million people would likely lose their jobs. Small business owners who can’t afford to foot the bill for an increased minimum wage would force those owners to cut their workforce.

The current bill is a long shot and likely will not be attainable under the current administration. However, it is expected to be a key talking point for democratic candidates in the 2020 election.

If your income is preventing you from paying off your debt, contact your Yuba City bankruptcy attorney at (530) 797-4402.