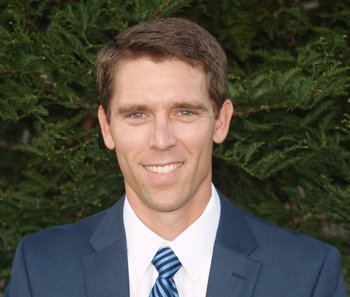 Seth grew up in Central California and spent many years as a young man working with his father and brothers on a family-owned-and-operated almond orchard. After leaving home, he spent two years performing volunteer service in South America.

As an experienced bankruptcy attorney Seth brings to his practice the level of service, dedication, and proficiency one would expect to find in a large firm but without paying large-firm rates.

Seth opened his own law firm in 2006. Since then he has helped hundreds of families and individuals file for Chapter 7 and Chapter 13 bankruptcy. Seth and his staff believe every client should be treated with professionalism and dignity.

Seth is married to Rebecca Merrill Hanson and is the proud father of four children. He enjoys spending time with his family in the outdoors.

Seth has been actively involved in the Boy Scouts of America, receiving his Eagle Scout Award as a young man. More recently, he has served in adult leadership capacities and supports his two sons in Scouting. He has rendered pro bono legal services for the indigent and elderly with Legal Services of Northern California. His strong involvement in his church can be seen from his work in teaching a daily Bible study course to local high school students.

Seth has an “Of Counsel” relationship with Penney & Associates (http://www.penneyandassociates.com).

Should You File For Bankruptcy?

Attorney Hanson has created a series of videos covering common questions and myths about Chapter 7 or 13 bankruptcy.