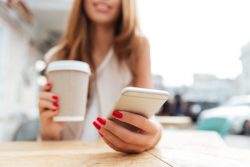 Phone scams are on a concerning upward trend. These scams come in a variety of forms, all with the same goal in mind, to defraud people of money. These scams aren’t new and they have been around for years. However, technology is increasing the efficiency and the scammer’s ability to reach out to a broader audience. One new tactic is called spoofing. Scammers are able to clone or temporarily hijack a phone number with the same area code as their intended victim. This makes the phone call look like it is coming from a local number. If you were to call that phone number back, odds are a very confused individual would answer the phone stating they never called you. Spoofing local phone numbers, increases the odds that an individual will answer the phone, because the call comes from your area code. Also, phone scam blocking, through third party applications, is ineffective at detecting these phone scams because they are coming from random phone numbers that are not able to be registered as common spammers.

You may also find that you are getting more and more of these phone calls, despite being listed on a do-not-call registry. These spammers who are making illegal robo-calls, are not law-abiding citizens who are checking registries for numbers that should not be called.

First Orion, a leading provider of phone call and data transparency solutions has been tracking the steady increase of these scam calls. Over the past year the number of scam calls has risen from 3.7% of total calls in 2017 to 29.2% in 2018—and that number is projected to reach 44.6% by early 2019. According to First Orion, this problem has attracted the attention of lawmakers. However, the problem is expected to get much worse, before it gets better.

IRS Scam: An extremely common phone scam is the IRS scam. People are receiving phone calls and voicemails stating that there are warrants out for the arrest of individuals who have not paid their income taxes. Voicemails also state “local cops” will be called if balances are not paid. Please note that the IRS will never attempt to collect debts over the phone. Arrests warrants will never be issued for unpaid taxes. Although these phone calls may be scary, you can usually catch poor grammar choices in the wording of the voicemail and quickly determine these calls are not legitimate.

Unpaid Credit Card Scam: Recently it has been reported that scammers are calling to attempt to collect a very old debt. For example, a credit card. These scammers convince their victims that wages will be garnished, lawsuits will be filed or arrests will be made if the bill goes unpaid. To identify a legitimate bill collector, request that they email or fax a statement to you to prove the debt is legitimate. Never provide them with your physical or mailing address until you know they are a genuine creditor.

Ransom Calls: Recently in Roseville, CA the police department has seen a spree of illegitimate phone calls where scammers claim that they have kidnapped or held a relative hostage for ransom. These phone calls have intimidated many Roseville residents because of the authenticity of the sound of individuals in distress in the background. Many have claimed to hear screams or yelling in the background. Scammers demand money or payment be sent over the phone and through wire transfers in exchange for release of the victims loved ones. Roseville police have encouraged individuals to hang up the phone, and contact their loved ones directly. If your loved one is unreachable, after receiving one of these calls, then you should call the police department to report the situation and the phone number the call was received from.

Publisher’s Clearing House Scam: Scammers have been claiming individuals have won awards from the publisher’s clearing house for years. Many of them get their victims excited by telling them about the huge awards they have won, the film crew with the balloons and giant checks are coming. However, in order to receive your award, you must wire transfer money to cover the cost of fees and processing. If you are unsure that you legitimately won, you can contact the Publisher’s Clearing House and confirm any winnings.

If you are struggling to keep up with your minimum payments give your local Fairfield attorney a call at (707) 385-0422.