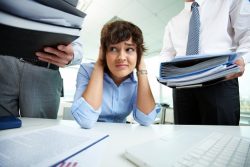 I’m a firm believer in taking on new challenges and doing things yourself. For example, my wife and 4 kids moved to a house that was built in 1920. Almost everything in the house was original, including the kitchen. The kitchen was in desperate need of updating, especially the cabinets. I had a few contractors come out to the house and give me quotes to build new cabinets. Many of them could not make the cabinets the way we wanted and I felt their quoted cost was too high. I could not find anyone that would give me a price I felt I could afford.

So I determined to build the cabinets myself, even though I had never done anything like that before. I went on to YouTube and spent many hours watching videos about how to build cabinets. I then went to Craigslist and found some used equipment. After all was said and done, it took me probably 10 times longer than it would have taken a competent cabinet maker, as my awesome and patient wife is fond of reminding me. But I ended up learning a valuable new skill, not to mention getting cabinets exactly like we wanted at a fraction of the price we were originally quoted.

For someone who has a lot of time, and an equal amount of determination and perseverance, you can file your own Chapter 7 bankruptcy. People do it often. If you decide file your own Chapter 7, be sure to spend a lot of time researching the potential legal pitfalls, especially in asserting the proper exemptions to protect your assets. I have been in several meetings with bankruptcy trustees where a person filed bankruptcy without an attorney and made mistakes in their exemptions. In those cases the bankruptcy trustee is far more likely to take assets that could have been otherwise protected.