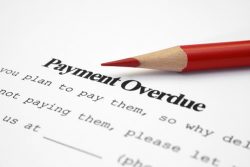 We regularly hear debtors tell us that a debt has been “charged off” and they are no longer responsible for the debt. Unfortunately, the term “charged off” can mislead a debtor into thinking they are free of the debt and the debt “fell off” their credit report.

The term “charged off” is an accounting term, not a legal term. And a charged-off debt can still be collected upon. A creditor charges off a debt when it cannot realistically collect a debt. IRS and accounting guidelines control the timing of when a creditor must charge off a debt.

Charge-off doesn’t change the legal status of the debt. This distinction confuses most people as they assume when a debt is labeled as “charged off” they are no longer responsible for repaying that debt.

Can a collector come after me if the debt has been charged off?

Can a creditor sue you after charging off your debt? Yes, they sure can! This answer comes as a surprise to many people. Assuming that a creditor cannot sue you over a charged-off debt.

A creditor that charges off a debt might also at the same time sell the account to a third party. By selling the debt to an alternate collection agency, they are repaid, and the new collection agency is banking on being able to collect the debt from you. The charged off status does not stop a third-party collector from filing a lawsuit over the debt.

As you can see, charged off debts can follow a person around for quite some time and it is important not to slip into a false sense of security when seeing “charged off” on your credit report.

A charge off can still show up on your credit report

Filing bankruptcy may be the key to ending the vicious cycle of debts being sold to new collectors over time. For a free consultation, call your local Fairfield bankruptcy attorney.