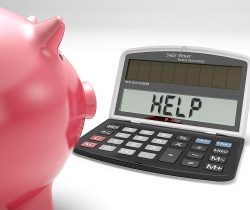 A Chapter 13 bankruptcy involves a plan of reorganization and usually involves the repayment of some percentage of the general unsecured debts. The percentage amount that must be repaid usually depends on an analysis of your income and expenses— your disposable income. One way to think of a Chapter 13 bankruptcy is that you will repay as much debt as you can afford to and then the remainder of the unsecured
debt will be wiped out.

In Chapter 13 bankruptcy certain debts must be repaid in full. The debts that must be paid in full through your Chapter 13 case include priority tax debt (i.e., tax debt that is too new to be wiped out), child and spousal support arrears, and secured loans where you want to keep the collateral securing the loan.

If in your divorce proceeding the judge said you have to pay some of your ex spouse’s debts, then that judicially created, non-contractual obligation can likely be discharged in a Chapter 13 bankruptcy. Most people who qualify for a Chapter 7 bankruptcy choose to file under that chapter. There are a few exceptions, however. One exception would be where someone has been divorced and wants to discharge the non-domestic support obligations to the ex-spouse that were imposed in the family law proceedings.

Another example where someone might choose to file Chapter 13, even though they qualify for Chapter 7, is if they want to reorganize their car loan, effectively refinancing their car loan to get a lower rate or a better a lower monthly payment and a lower interest rate.

Another reason someone made choose to file Chapter 13 instead of Chapter 7 is to repay priority tax debt over a 5-year period. This is an especially effective tool where the IRS is threatening to garnish or seize assets.

For more information on what chapter of bankruptcy would best suit your situation, contact your Yuba City bankruptcy attorney.